How will 3D printing change the face of maintenance? 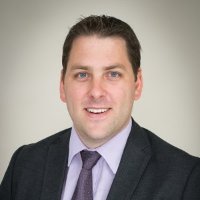 One of the biggest challenges that manufacturers face is to strike the balance between lowering spare part stock costs while ensuring uptime of their production equipment. The science of optimal spare part management (SPM) is well documented with many theories and complex software implemented across the globe to try and optimise this conundrum. But what if there is a different alternative?

3D printing has been around for a couple of decades but with the technology becoming more readily available, it is becoming a disruptive force that will change the way we live. With the right Computer-aided design (CAD) one can create almost any object…rapidly. Futurists consider this to be the next industrial revolution and predict that soon most households will have a 3D printer in their homes. Low volume manufacturers like Airbus and Koenigsegg, a supercar manufacturer, have already embraced 3D printing as part of their production process.

How will this change to way we think about maintenance?

Imagine a world where you do not have to worry about spare parts being discontinued for your older equipment or where there is no need to stock any expensive slow-moving spare parts. A world, where even the idea of waiting for a bespoke spare part to be shipped from Singapore would sound farfetched.

CAD designs will become more valuable in future. If you have the design, you will be able to produce anything.

Technology, like 3D scanners, with the ability to convert an object into a CAD drawing already exist. Materials that 3D printers can produce have expanded rapidly in recent years to include alloys, stainless steel, ceramics and rubber to name a few.

How long before each spare part store have a 3D printer standing in the corner? OEMs or spare part suppliers will not sell spare parts anymore but rather CAD drawings. Or the OEM will put down a 3D printer as part of the consignment stock that they have on site, and in doing so be able to support their customers in all corners of the earth much better.

How exactly 3D printers will be deployed must still be revealed in future, but it is on the horizon. How do you think this disruptive technology will change the way we think about maintenance?

Manage your subscriptions
Contact us
We use cookies to ensure that we give you the best experience on our website. If you continue to use this site, we will assume that we have your permission to use cookiesOkPrivacy policy